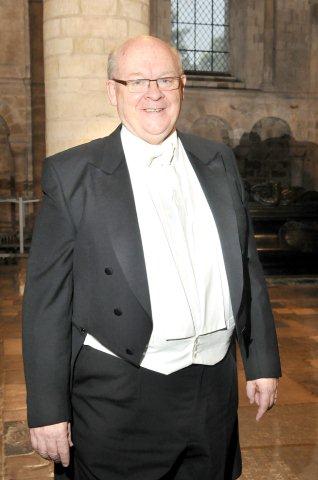 CHARLES STEWART has held singing and choral music at the heart of his musical interests since childhood. Born in Edinburgh, he was awarded a Choral Scholarship at St John’s College, Cambridge, where he sang in the Chapel Choir under the direction of Dr George Guest. During this period Charles began conducting, with performances including Brahms’ Ein Deutsches Requiem and Mozart’s Mass in C minor. He also won a scholarship to the Royal Academy of Music to continue post-graduate singing studies.

In 1977 Charles began singing with the Monteverdi Choir, a connection which was to last a decade. Under the direction of Sir John Eliot Gardiner, he sang in concerts, broadcasts and recordings throughout Europe. Solo performances included the Festivals of Edinburgh, Bruges, Göttingen, Innsbrück, Flanders and the City of London and performances in Berlin, Stuttgart, Rome, Paris, and the Teatro alla Scala, Milan. He also sang with the BBC Singers and made a number of oratorio appearances throughout Britain in a wide range of repertoire.

Since his ordination in 1987, Charles has continued to be closely involved in music both as singer and conductor. Prior to his appointment as Vicar of Walton-on-Thames in 2006, Charles spent 12 years as Precentor of Winchester Cathedral where he was involved in commissioning music from James MacMillan, Judith Bingham, Sir John Tavener, Andrew Simpson and Francis Pott.  In 2015 he took up the post of Vicar of Christchurch.

Charles Stewart was appointed conductor of Southern Voices in the summer of 2002. Under his’ direction, Southern Voices concerts became widely acclaimed as inspirational journeys of musical and emotional discovery for singers and audiences alike. Between 2002 and 2011 he directed the choir in a challenging and ever-expanding repertoire of music, ranging from plainsong to the world premiere of Andrew Simpson’s Magnificat. Highlights have included Rachmaninov’s All Night Vigil (Vespers), Bach’s Mass in B minor, St John Passion and St Matthew Passion, the Monteverdi Vespers (1610) and a world premiere performance of Sir John Tavener’s Marienhymne.